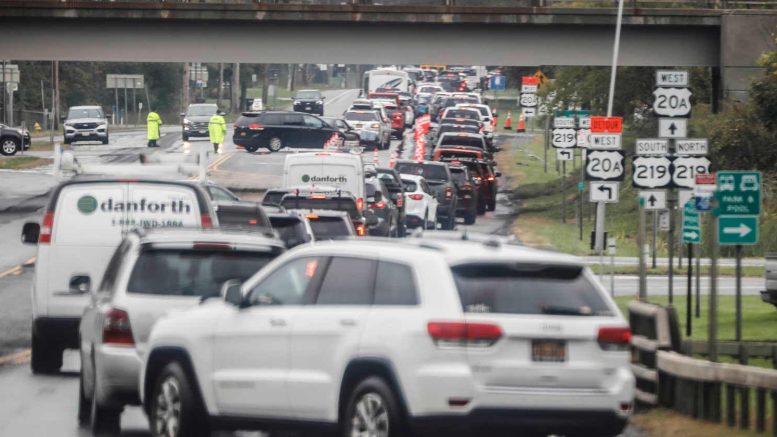 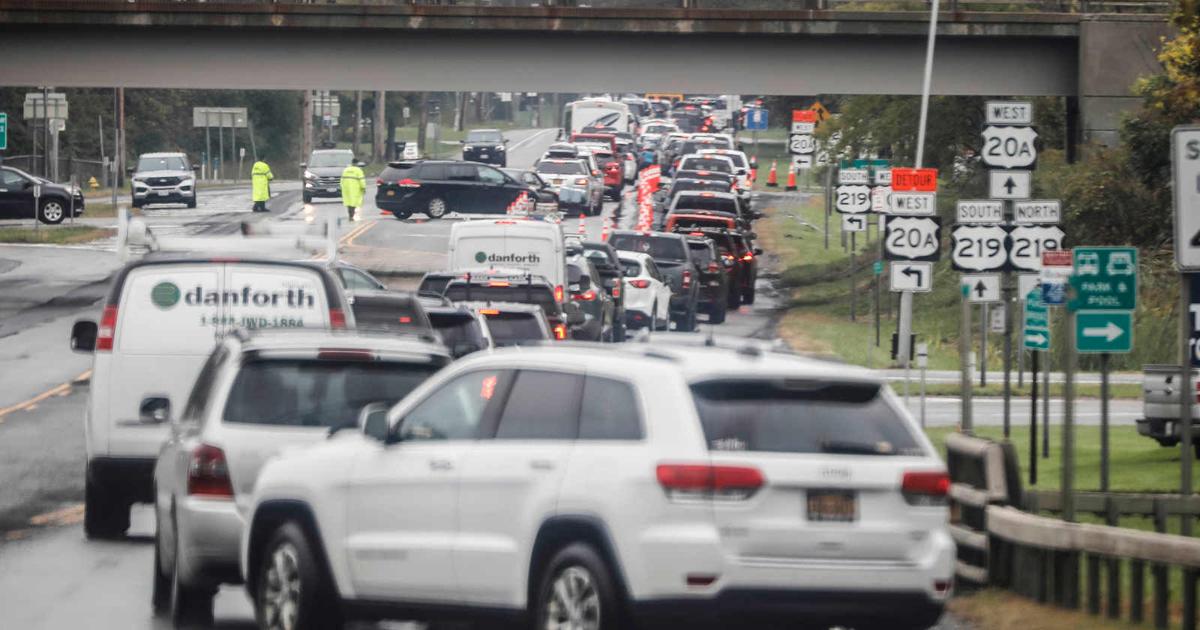 Not much will change for fans driving and walking to the Buffalo Bills’ new stadium.

But the relatively modest changes that are planned should make it easier for fans to get to and from the stadium, a new report said.

The combination of fewer fans heading to a stadium that seats about 10,000 fewer people than Highmark Stadium, along with the addition of new walkways for pedestrians and new driveways into parking lots, should improve access, the report said.

Overall, the traffic volume and flow and parking and pedestrian conditions at a new Bills stadium are expected to be similar to what is experienced at the current facility, according to documents released by the team as part of the environmental review.

But the upgraded features planned for in and around the stadium and reduced seating capacity should bode well for game day traffic, parking and walking, the Bills said in the review, which notes that significant adverse environmental impacts are not expected in building a new Orchard Park stadium.

The environmental review submitted by the Bills and prepared with the help of 20 consultants notes that the new stadium should “keep impacts to roadway facilities, vehicle trips, parking, public transportation facilities, travel patterns and pedestrian conditions consistent with those of the existing facility.”

The $1.4 billion open-air stadium with a canopy that will protect some fans from the elements is being planned for across the street on Abbott Road from the current one, which is a 50-year-old facility. It will be part of an approximately 252.5-acre complex that includes the existing stadium property and portions of the ECC South Campus.

Representatives for the state, county and Pegula Sports and Entertainment, which represents the Bills and owners Terry and Kim Pegula, continue to negotiate on finalizing a Bills stadium deal. The deadline to complete it – originally extended to this month – has been extended again, this time until around the end of the year.

The next deadline will come 30 days after the state environmental impact study is complete and a final determination is made, according to the latest agreement among the three parties. That is not expected to happen until December.

“While the location and design of the new stadium differ from the existing stadium, these differences are anticipated to mitigate existing conditions,” the summary of the environmental review notes.

With a planned seating capacity of 60,100 – about 10,000 less than at the current stadium, the Bills anticipate about 2,000 fewer vehicle trips per event than for the existing stadium, reducing the traffic entering and leaving events.

“Game attendees’ travel patterns and behavior will largely resemble travel that of the existing stadium complex,” the review notes.

The new stadium is also expected to incorporate expedited parking validation processes that will help to move along pregame traffic queues for parking areas.

Overall, the new stadium will feature approximately 10,000 parking spaces controlled by the Bills – once the demolition of the current stadium is complete. That’s 50 more spots than at the current site. The new parking areas will have improved paved pedestrian pathways and landscaping consisting of trees, shrubs and groundcover.

With all the private parking offered by property owners and businesses neighboring the stadium, that number is expected to jump to 20,089 spaces – about 2,000 more than the identified demand anticipated at the new stadium.

An additional driveway will provide a new connection between Southwestern Boulevard and Big Tree Road, adjacent to the ECC South Campus.

The stadium’s new location, west of Abbott Road, will allow patrons and vehicles to enter and exit more equally in all directions as compared to the existing site, which is constrained on the east side by Smoke Creek, the review notes.

The plan also calls for more pedestrian-friendly features, even as the team calls the current conditions safe. Pedestrian safety on game day at the stadium has been a priority of some Western New Yorkers, including Erie County Legislator John Mills, who’s called for additional sidewalks to be built by the team.

The new stadium would incorporate several new internal walkways, west of Abbott Road, with pedestrian accommodations in mind. Internal walkways have also been established to limit potential conflicts between vehicles and pedestrians and they’d direct pedestrians to dedicated walkways and away from vehicle drives, the review notes.

The closure of Abbott Road for pedestrians before and after games, and existing pedestrian walkways and accommodations provided now will remain.

Most of the pedestrian conditions beyond the stadium that exist now will also remain the same, but temporary and permanent pedestrian improvements for game days will be considered, the Bills note. They could include additional designated walkways, lighting and surface maintenance.

Even with the high number of pedestrians in the vicinity of the stadium for events, the Bills said in the review that they are “effective at managing pedestrian safety,” noting that on game days from 2017 to 2021, there were four vehicle-pedestrian accidents reported over this span, according to police reports.

A number of “temporary and minor environmental impacts” have been identified in connection with the project, including during the construction portion of the new stadium, planned for a spring 2023 start and 2026 completion, and the demolition of the current one. The demolition will occur after the new stadium is complete.

Under the State Environmental Quality Review Act, or SEQRA, prior to an agency undertaking a project, it must consider the potential environmental impacts of a proposed project. The Erie County Legislature is the lead agency in the SEQRA review.

The team is asking that a negative declaration for the project be declared, allowing it to move forward.

A second public hearing will be held 6 p.m. Oct. 27 at the Orchard Park Community Activity Center, 600 California Road. Public comments can be submitted during the meeting and also will be accepted in writing until Nov. 2.

An initial meeting was held in July at the Bills ADPRO Fieldhouse, where 11 people spoke after a half-hour presentation about the new stadium, some touching on traffic and pedestrian flow and the need for sidewalks.

Next week’s meeting will be livestreamed at https://www.youtube.com/ErieCountyNY.

Native American artifacts could be found

The review also said there will be a process established to ensure the preservation of Native American artifacts that may be found on the site of the new stadium.

A consultation process has been initiated between the Seneca Nation of Indians, the Tuscarora Nation and the Tonawanda Seneca Nation, Empire State Development, the State Office of Parks, Recreation and Historic Preservation and the state Department of Environmental Conservation.

The parties are expected to enter into an agreement documenting protocols to be implemented to ensure protection of archeological resources.

Any artifacts recovered from the site will be offered to the Native American nations. The site is located on the historic homelands of nations like the Seneca, Erie and Wenro.

Similar agreements were in place when the current stadium was built around 1972 and Native American artifacts were found back then.

A Native American cemetery is also located on the site of the current stadium, the review notes. 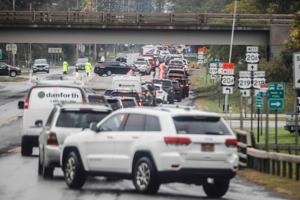